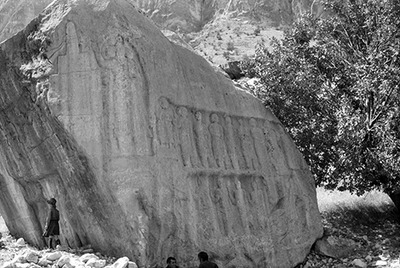 Parthian stone relief, proclaiming the tribal chief's claimed achievements. Parthians were a powerful Persian tribe at the time of the Roman empire. In a conflict with the Romans, who tried to conquer the region, the Parthians took captive the Roman emperor Valerian, who spent the rest of his life as a Parhtian slave.