Servant of aristocratic family in Boir Ahmad, with wife and brother 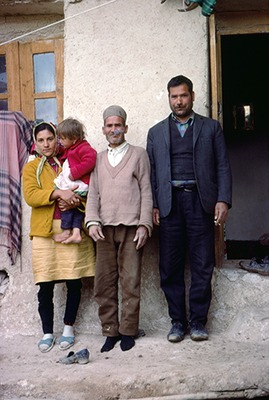 Servant of an aristocratic family (center). He was taken as child from a poor family in remote Boir Ahmad. His wife is from a different province, as can be seen by her clothes. His brother grew up with greater privilege, as can be seen from his relative size.

This document is currently not available here.