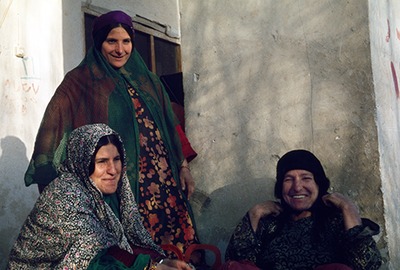 Woman from the family of the tribal chief of Sisakht, with two of her daughters, 1981. She grew up illiterate, as most people - particularly women - were at the time. She saw to it that her daughers were eductated. They became the first women educated as teachers in Boir Ahmad in 1966. See also Images #115, 140.