View of Kut-al-Amara after the Siege 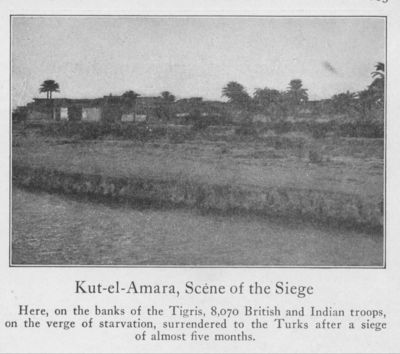 General view of the city of Kut-al-Amara where 8,070 British and Indian troops on the verge of starvation surrendered to Turkish forces in April 1916. The loss of this Anglo-Indian force was a major Allied defeat in Mesopotamia and provided the Turks with a large influx of prisoners.