Map of the Death March from Kut-al-Amara II 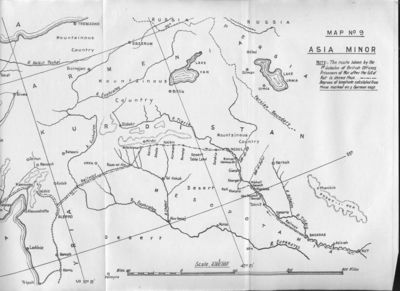 This map shows the infamous "death march" of British and Indian prisoners from Kut-al-Amara to Turkish prison camps in Anatolia. Starved, sick, and wounded POW's went up the Tigris River and to cross the Syrian Desert on foot before they reached the rail line at Ras-el-Ain. Thousands of Anglo-Indian prisoners died during the forced march and the cruel treatment by the Turks became a major political issue in Britain.