Armenians Massacred by the Turks 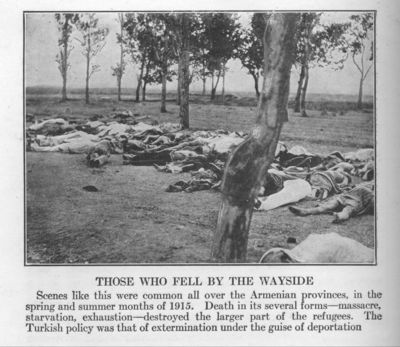 Dead Armenians lay beside a road, victims of the Turkish government's policy of genocide. During the Spring and Summer of 1915, the Turks implemented a deportation policy of the Armenian population by which the Turks marched civilians around in circles until they died of starvation, exposure, exhaustion, or, if all else failed, murder. The Turks sought to exterminate the Armenians from the empire.