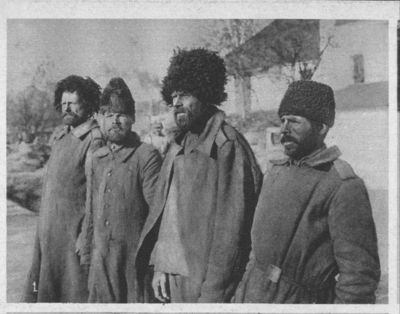 Four Russian prisoners of war, captured on the Galician Front, as they appeared when they arrived at an unidentified Austrian prison camp. Their clothing is filthy, their hair has not been washed for a long time, and they are probably carrying vermin. They are a potential epidemic in the tightly crowded barracks of a prison camp.