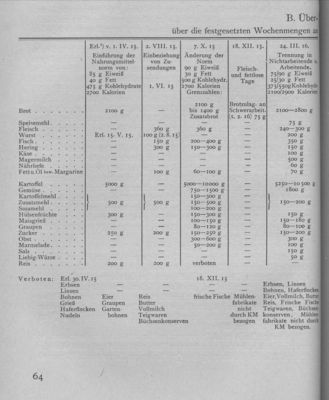 This table shows the reductions in German food rations between April 1915 and March 1916 for a variety of foods. The statistics clearly indicate the effectiveness of the Allied blockade of German food imports as people had to give up a variety of foods. Prisoners of war also experienced these food shortages, although Allied prisoners received the same rations as German troops. While the reduction in rations had little effect on American, British, and French POW's, because they received regular food parcels from home, the impact of lowered nutritional standards had a serious impact on Russian, Serbian, Romanian, and Italian prisoners.