POWs of All Nations Were Incarcerated in Germany 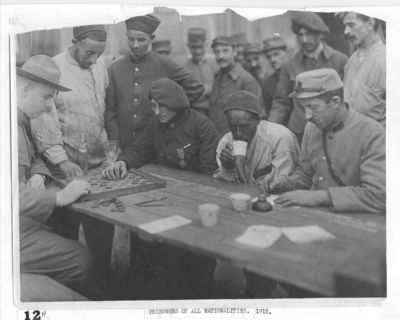 An American prisoner of war, left, and a French POW play a game of checkers while another French soldier, sitting on the bench to the right, writes a letter. Two French colonial troopers intently watch the game while another colonial enjoys a drink. German prison camps became a "melting pot" for men from around the world.