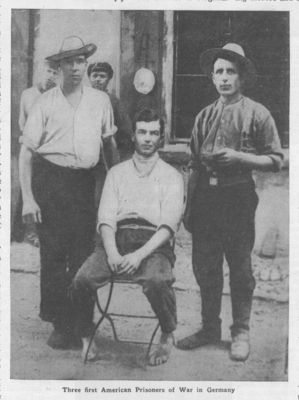 These three American prisoners were among the first incarcerated by the Germans after the United States declared war on Germany in April 1917. One of the Americans is barefoot and their clothing is in bad shape. They may have been U-boat victims which would explain their desperate situation. Their lives would improve with the arrival of their American Red Cross parcels.