Caregiving among community-dwelling grandparents in Jamaica

Grandparents play invaluable caregiving roles in the general upbringing of grandchildren. The objective of the present study is to provide a profile of grandparents providing care to co-resident grandchildren younger than 18 years old in Jamaica. A subsample of 451 grandparents providing care to co-resident grandchildren under than 18 years old was derived from a larger nationally-representative community-based study of 2943 older adults residing in Jamaica. Data pertaining to caregiving, demography, health, socioeconomic status, and social participation were analysed using bivariate and multivariate analyses. Seventy one percent of grandparents were involve in regular care of their grandchildren. Hypertension (65.9%), arthritis (39.5%) and diabetes (27.2%) were the most common non-communicable diseases among grandparents. Approximately 60% of grandparents relied on family members for income and few reported other sources. Attendance at religious services was high at 78% while only about 40% were involved in voluntary activities. Only age was confirmed as a significant predictor of frequency of care in multivariate analyses with grandparents 80 years and older being 64% less likely to be involved in regular care compared to 60-69 year olds. In conclusion, grandparents are actively engaged in the provision of care to grandchildren. Specific health and social interventions are required to support and empower grandparents in their caregiving roles. 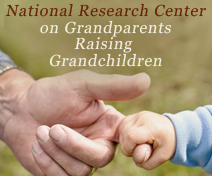