Constituting a regional economic community has immense benefits to the societies within a given region. Regional Economic Communities (RECs) would play an inevitable role in increasing people to people interactions and gradually forging interdependence in different sectors, which used to limit government to government. Often, such bondage within given RECs among states in general and societies in particular paves the way to address the ills of the respective societies in a collaborative manner. In fact, it is plausible to argue that there is a conducive environment to constitute and build up RECs in the present globalizing world. Parallel to the global trend, Pan Africanism promotes the integration of economies and people under RECs. The establishment and development of RECs in different parts of Africa is among other things tantamount to laying the founding blocs for the aspired United States of Africa. Merging the Intergovernmental Authority on Development (IGAD) and East African Community (EAC) into the larger East African Community like it has been happening in the Southern African Development Community (SADC) and Economic Community of Western African States (ECOWAS) is a novel idea. Such a merger would serve as a vehicle for a prosperous and peaceful larger East African Community and consequently would facilitate the integration of Africa. Given that, the research is designed to scrutinize the viability of a merger between the IGAD and EAC. To meet this objective, the study has set out two basic research questions: What are the viable conditions to merge the IGAD and EAC? What are the possible challenges to the merger of the IGAD and EAC? Finally, the study, to achieve its objective, employed a qualitative research approach which used a wider review of secondary data. 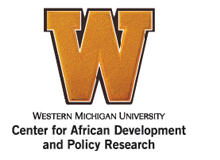